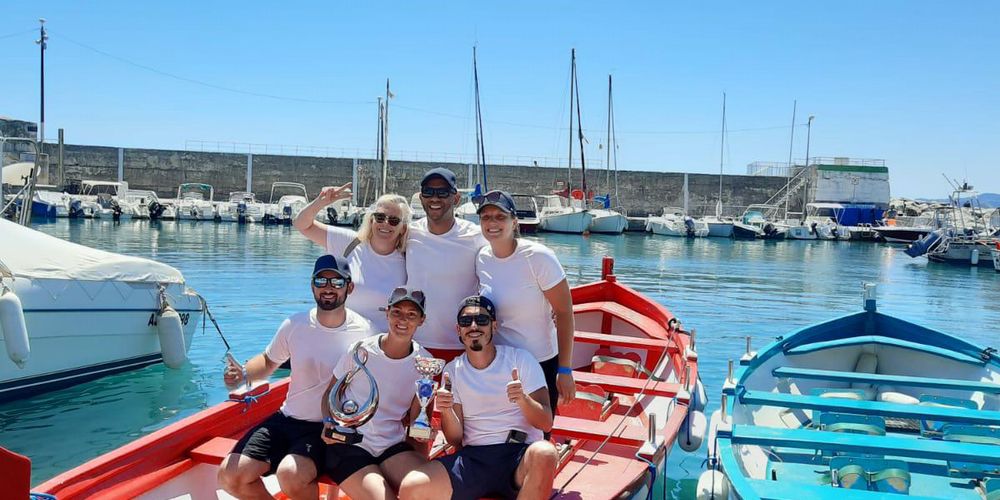 Griesser put its June 2019 title back on the line and took part in the 8th edition of the inter-company and association traditional rowing challenges organised by the Association l'Amicale San Piere dei Pescadou dou Cros on Sunday 12 June 2022 in Cagnes-sur-Mer in the South of France.

Traditional rowing is a race of traditional boats over a short distance with the aim of being the fastest in time.

16 mixed teams, all beginners, set themselves the challenge of rowing and winning!

With one rule to respect: only 4 hours of training before the big day!

On the day's programme:

- Common drink with all the companies

The team represented by Vanessa, Valériane, Mireille, Grégory, Julien and Romain, coached by Rocco, once again achieved record times in the two races and won the challenge!